The lesson here is to check your non-perishables.

It was almost imperceptible, at first.  A niggling sound at the back of my head, so faint that I didn't really pick up on it right away.  There I'd be, late at night, reading a book or watching television and I would hear it: a chuckle.

The first couple of times I heard it, I assumed it was part of the program i was watching, kind of like when the phone rings and you jump to grab it, only to find yourself calling "hello? Hello?" into the receiver.  Meanwhile, the phone on the television just keeps on ringing, and now you feel like an idiot.

Other times I would hear it while I showered.  Sometimes it was a chuckle, others a giggle.  Once I swear I heard it, whatever it was, snort.

After some time, the sound of giggling became louder.  It was still muffled, but I became more cognizant of it.  No longer did I write it off as a simple trick of the mind.  The nights I heard the sounds, I would shut off the tv, unplug anything that made even the faintest hum and I would stalk the chuckling sound, trying to walk as quietly as possible in order to track where in the house it came from.

I pulled out my children's long-outgrown toys, removed all the old, dead batteries.  I scoured every corner, cleared every closet but the source of amusement continued to elude me.

Eventually, I gave up the search.  Maybe my home was haunted, or perhaps I was losing my mind.  I tried throwing myself into new pursuits.  One such pursuit was a complete overhaul of my home.  I mean, why not? I had already torn the place to bits trying to locate the source of the mysterious giggler.

I started in the kitchen.  It had high ceilings and rows of cupboards, painted a bright yellow with tarnished brass doorknobs.  An old linoleum floor stretched out and I got on my hands and knees with a giant scrub brush and scrubbed and waxed until the floor shined, trying to ignore the tittering that seemed to come from nowhere.

Only as I scrubbed, as I wiped down every surface and polished every piece of silverware, the subdued chuckle became louder and more frequent, escalating into hysterics.  It was apparent that the sound was coming from within the kitchen, but where?  Frantically, I circled the kitchen, trying to locate the peals that were becoming more and more high-pitched.  I climbed up onto the countertop and began yanking boxes and cans from the shelves. Tossing them half-hazardly into the middle of the freshly scrubbed floor, I pulled every last item out of the cupboards until, in the furthest reaches of the smallest, highest cupboard, covered in dust and cobwebs, I found it.  The source of my troubles.

I blinked in amazement. 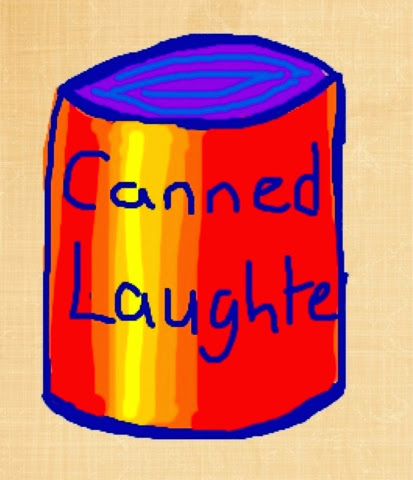 Email ThisBlogThis!Share to TwitterShare to FacebookShare to Pinterest
Labels: studio30plus, this shit only happens to me, writing