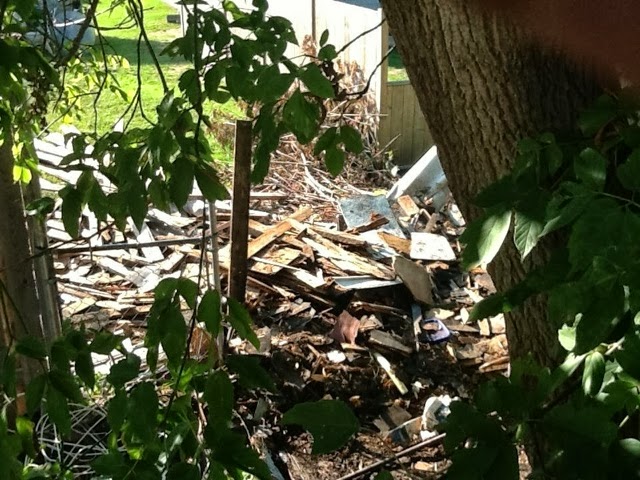 I'm still alive.  Just busy.
Last week I had a second colonoscopy, since the first one contained some abnormal cells, I guess?  The internal medicine guy I see, who is a vaguely intimidating, yet oddly comforting older Irish-maybe-Scottish dude informed me that after 10 years of being diagnosed with colitis, your chances of getting colon cancer goes up somewhat and as such I should be getting scoped every two years.
Basically, something showed up that the lab and the good doctor were unsure of, so they sent the results down to a specialist in Toronto (this was back in June I believe).  The specialist, as well, was stumped.  So I got scheduled in for another scope, this time to be biopsied every 10cm of my colon.  Hot, right?
On one hand, I'm not gonna lie.  I'm a little concerned.  Because some thing is not nothing.  On the other hand, saying "something showed up on your test and we're not sure what it is" is far from "Holy Shit, look at all that CANCER."  So I figured I'd just be a sport and go for the second scope, and take whatever comes with it, and hope it turns out like that Pap test that came back abnormal.  I just kept going back until I got a few normal tests and they tell me I don't have to come back in for another year. Easy Peasy, lemon squeezy.
I kind of screwed up and caused myself some extra discomfort during the pre-scope cleanse.  I couldn't remember whether or not coffee was allowed, so I erred on the side of not having any.  Boy, did I pay for THAT.  In the immortal words of Dave Foley "I'm not sure what's in caffeine but I'm pretty sure that without it, your head caves in."
So I did a caffeine free cleanse, so I could have a camera inserted where no camera should ever go and then topped that off with a dental cleaning because I am, ladies and gentlemen, a special class of masochist it would seem.  Speaking of masochism, I have agreed to go camping.  In October. In a tent.  Because that is a good idea?
I jest, I'm sure it will be enjoyable.  I'm looking forward to some fall colors in Muskoka with The Well Travelled One.
In other news, I have an opportunity to be an extra in a movie that is being filmed locally.  I just need to see about getting a day off.. I'm not entirely sure I have any personal days left.  But if I can swing it, I'd like to do it as there are a number of locals also taking part and it sounds like it could be a lot of fun.
Well, that's my brief update.  Hopefully with winter approaching I'll at least have a bit more to talk about.
Tootles!
Posted by Andrea L. Cole at 8:12 PM 4 comments:

Email ThisBlogThis!Share to TwitterShare to FacebookShare to Pinterest
Labels: health, hobbies, life in general, this shit only happens to me

FYI (If you're a nosy asshole)

Had the *ahem* pleasure of reading Mrs. Hall's lengthy missive to the teenaged girls who have Facebook friended her precious wee boys regarding the seemingly scandalous selfies young girls seem to like to take of themselves.  Mrs. Hall is quite concerned that her boys may be exposed to these wanton adolescent hussies, posing in their pajamas in sultry poses.  Some of these girls are even (gasp!) not wearing bras!

Mrs. Hall is trying to raise young men with a strong moral compass, who don't "linger over pictures of scantily clad ladies."  Which is apparently quite impossible to do when there are pictures of teenaged girls posing for selfies on the Internet.  Any female friend of the Hall boys who thinks of posting a vaguely sexy picture of herself online should consider themselves as good as blocked because Mrs. Hall only wants her boys thinking of girls respectfully and Gord knows, being a sexual being and being a human being worthy of respect are two mutually exclusive things.  Well, if you're a girl.. Isn't that right Mrs. Hall?

Mrs. Hall, I noticed that your boys are posted all over your blog in beachwear, which some would argue is much more revealing than pajamas or even a towel.  I guess girls (or non-hetero boys) can easily un-see that, though can they? And still think of your kids as people worthy of respect?  But you said yourself, once a boy sees a girl naked (or in towel, or in pajamas or without a bra) he can't unsee that.  You seem to have a high level of confidence in your boys' ability to behave like gentleman and not like rutting animals.  Or maybe not.  Because if you did, the spectre of some silly, pouty pictures wouldn't loom such a threat.

There are a dozen good reasons to be careful of what you post online.  Surveillance, online weirdos and pedophiles, and the fact that stuff you post does NOT GO AWAY are all things we should be concerned about and I agree that we should be encouraging kids (and adults, of any gender) to be extra self-critical of what they post.  These safety and privacy issues don't seem to be on your radar, however.  You seem more concerned about not letting these girls sully your preciouses virginal little minds.

I find the attitude that in order for men to respect and cherish women they must not think of them sexually is a harmful one.  The implication you've made here is that a girl or woman cannot be sexual while still being worthy of respect.  That is what we call, in feminist circles, slut shaming.  And it is harmful.  Girls are continually sexualized and objectified by our culture, while simultaneously being shamed if they dare to be sexual on their own terms.  A girl's history or perceived history can be used against her in sexual assault cases.

Mrs. Hall, if you want your sons to be men of integrity who eventually meet and possibly marry women of character, teach them that a woman's worth is about more than her sexuality.  Teach them that being sexual and being a person worthy of respect.  Teach them their respect for someone should not be predicated on their sexual history or whether or not they're wearing a bra in their profile picture.  If you can't teach them that, I think my soon-to-be teenaged girls would be better off blocked.

Email ThisBlogThis!Share to TwitterShare to FacebookShare to Pinterest
Labels: All Kinds of Effed Up, feminism, grievances, I can't Even With This Shit, internet safety, kids, men, Parenting Is Not For The Faint of Heart, passive aggressive, rape culture, sexism, sexuality
Newer Posts Older Posts Home
Subscribe to: Posts (Atom)