crafting is good for the stress levels so I thought I'd share some of the stuff I've completed lately.

Guess what came in the mail today?  I won a blog challenge a week or so ago over a it's never too late to save a hopeless case and today I received, care of one ms. steph gas, this lovely tote bag from her store Rule 42 Inc.  You should go check it out, especially the custom t-shirt bags that I would love to make myself if I wasn't ridiculously intimidated by my sewing machine.  Seriously, it scares the shit out of me.

I'm pretty stoked that she also addressed me the package with my full name and title, as requested:

In the meantime I've been working on some fun stuff and in honor of the half-assed weekend post, I'll share: 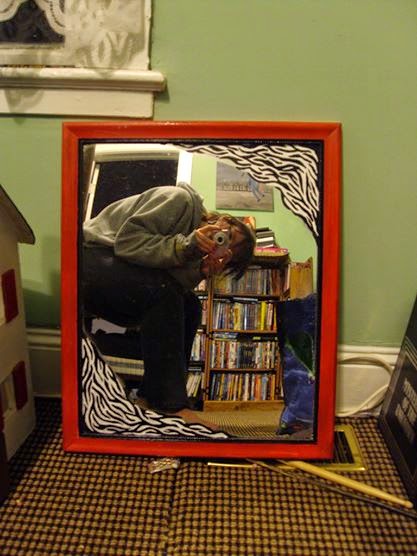 This is a mirror that my friend gave me that had been kicking around her basement for the last four to five years.  It was originally a plain blond wood mirror.  I sanded the frame down and painted it with a bright red acrylic, then decided to do the inside perimeter in black.  I had inteded to do the entire frame red.  Then I used an enamel glass paint to do the zebra stripes in the corners.

It was pretty time-consuming, and I had to do it twice since the first time I used a brush-on varnish instead of a glaze (turns out there's a difference.. who knew?  I know, everyone but me.)  The varnish peeled half of the paint off.  I guess it hadn't quite settled.  So I had to scrub it all off and try again.

The second time around I used a spray-glaze that claimed to dry 'crystal-clear' so I just kind of sprayed the whole thing in this stuff and much to my chagrin, this resulted in a nice frosted-glass mirror that wasn't of much to anyone who actually wanted to, oh, I don't know.. look at themselves.  Out came the Windex and before it dried too much I managed to scrub most of the glaze off the reflected surface.  There's still a bit of a sheen from it though. 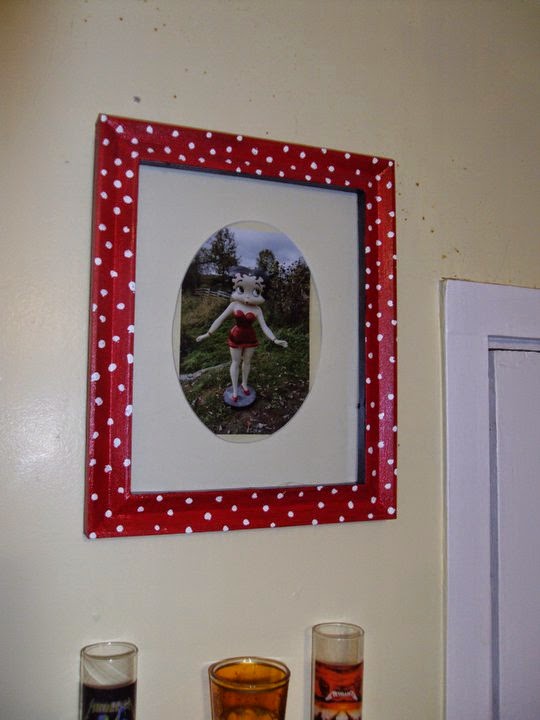 This is the completed frame that I had mentioned doing a few weeks back.  Finding a plain frame was a pain in the ass. I searched the salvation army and finally tried the Dollar stores, as usually they have plain frames in the arts and crafts section.  No luck though, couldn't find them.  So this is kind of a cheap dollar store plastic frame painted red, with black on the interior rim, and polka dots.

I still don't know the photographers name.  I'm thinking my dad might know.

Update:  So I was at the gas station the other day and I saw the guy who took the Betty Boop photo and remembering this entry and my earlier one, I ran up and asked him his name again for the sake of being able to properly credit him for his work.  His name is Corey Ramsbottom and he does a lot of scenic and landscape photography.  Check out his website here.

This one I'm pretty proud of: 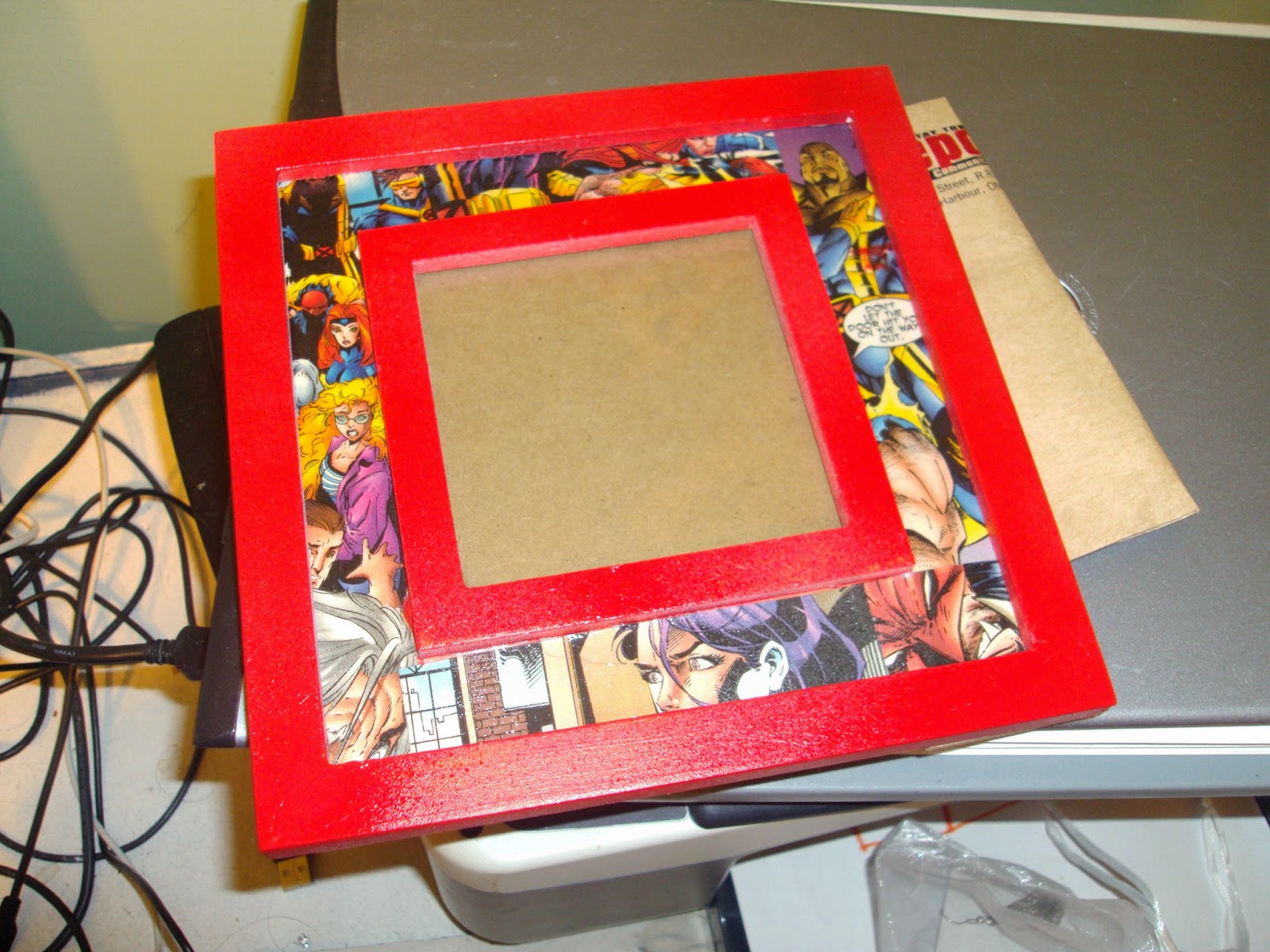 Once again, dollar store frame which I happened to find while searching for the frame above, plus paint, and podge, and comic book leavings.  I love the way it turned out and I'm thinking of going back for a few more of these frames, because I'd love to make more of these.

A few weeks ago Facebook had a meme going around where you take the first five people on your friends sidebar (no refreshing!) and they become your team for the Zombie Apocalypse.  I got three of my best friends and two co-workers, whom I happen to like and respect.  Got bored so here's my rendering of my zombie apocalypse team:

So that's about all.  I'm off to enjoy the rest of my weekend.

Email ThisBlogThis!Share to TwitterShare to FacebookShare to Pinterest
Labels: art, comics, fashion, Half assed weekend post, hobbies, I am one sexy bitch, pimping, the happy