So the guy in the store that is always smiling and saying hi to me is not flirting but rather being friendly, seeing as I briefly dated his brother.  AWKWARD.

It was pointed out to me today that my black purse, when it blends in to my black t-shirt and is subtly camoflaged by my coat and scarf, make me appear to be quite pregnant.  AWKWARD.

The kid in McDonalds needs to be commended for keeping a straight face, as tonight I walked in, ordered and paid for food, and walked away without realizing I had a Christmas tree sticker in the middle of my forehead.  AWKWARD. 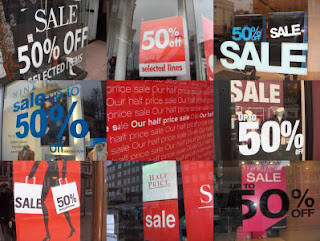 I'm not a fan of gift cards, actually.  I can appreciate the idea that it means the recipient can get whatever they want, but as someone that tends to put a lot of thought (and at times, overthink) when it comes to gift giving, they're a safe but kind of boring option.  Now, in my particular case this year, I know that the original gift I was supposed to get was a well-thought-out, but just seasonally unavailable one.  (my grandma's boyfriend had the intention to get a punching bag for me, but they're not in stock this time of year, so the gift card was a viable alternative).

I'm one of those people who is not a good candidate for cash or gift-card because of an annoying habit of buying practical things I need or things for the girls, rather than a gift for me. My loathing of big box stores (namely the seventh circle of hell that is Wal-Mart), is kind of an issue too.

So my attempt to indulge in some mass consumerism was a bust.  I'll hold on to the cards until something pops into mind that can be had... I'm considering going apeshit on art supplies (there's a set of acrylic paints - big tubes of it for like 35 bucks), or something to that effect, or maybe replenishing my makeup supply.  Truth be told, the older I get, the less interested in the accumulation of stuff.  Even books and dvd's, which used to be my major vices, don't elicit the same excitement.. as gifts, yes, but not so much as something I feel the need to purchase myself.

I get a lot more excitement out of A) being gifted something really cool that I'd generally never justify buying myself B) A successful barter or bargain-find for something I generally wouldn't justify buying myself at full price - yes, I'm a yard-sale, free-cycle, value village/sally ann junkie.  C) finding something really awesome, handmaid and one-of-a-kind that I wouldn't be able to find in a big corporate box store.  Something with a story behind it.

On one hand, I pity people who are tasked with having to buy me gifts for whatever occasion. On the other hand, my interests are pretty varied, and I'm not picky, plus you know that saying 'Champagne Tastes on a Beer Budget?'.. I'm like, 'bathtub moonshine on a beer budget', so that being said, maybe I'm not such a terrible person to buy for.

One last thing.  Our mall?  Sad.  Sad sad sad.  only about 50% of the units are open, and they're mostly big chain stores.. I went there today, and it looked about as busy as a normal mall on any given day.  I've heard the rent is exhorbitantly high and that's why none of the stores but the big ones can afford to stay open.  I'd love to meet the owners and say "Hey, congratulations on single-handedly crippling the local enconomy... Kudos!"
Posted by Andrea L. Cole at 9:36 PM