Living under the F-Bomb

First off, let me say, I have very supportive parents, which is how this came about. My grandmother was up visiting this weekend for my daughter's birthday party. It seems that my mom found my last blog post impressive and wanted to share it with my grandmother, who doesn't have computer access. In her enthusiasm to share my writing, she (as well as I, not expecting my grandmother to read my blog posts) had overlooked the two very explicit uses of the word fuck in the previous entry. Later, Grandma Ruth expressed to me that although she enjoyed my writing, in her opinion, these two expletives, well, just kind of killed it for her.

My mother was quick to point out that, in all fairness, I don't swear very often.

The truth is, I do swear a lot but in all honesty, my own sailor-mouth is one of those personal traits I'm a little ashamed of. My mom, in her defense of me, is kind of right.. because I try to limit my expletives to my own peer and age group, and generally try to avoid it around children, the elderly and people in positions of authority. I'm a little more candid around close friends and acquaintances, but even so, I tend to get a little self-concious when I'm kind of off on a tangent and I realize the person I'm with wouldn't say shit if they had a mouthful. Guilty, I'll usually slow down and apologize for my utter lack of class.

In my writing I do try and avoid this particular epithet and have been known to replace it with all manner of cutesy bastardizations of the word - fragging, fricken, friggin, freakin', feckin'.. even fleurking. But even so, every so often, a well placed F-Bomb can be known to really drive a point home. But it needs to be used sparingly.

This is rather hypocritical of me, but I have little to no patience for people whose every other word is fuck. To me, it shows an utter lack of imagination in their day-to-day syntax. My own guilt comes into play here, as I occasionally find myself going 'Hrm.. I probably could have worded that a little more eloquently'.

The main character in Kurt Vonnegut's Hocus Pocus, Eugene "Debs" Hartke, a former army general whose lack of profanity earns him the name of The Preacher, sums it up best:

"... profanity and obscenity entitle people who don't want unpleasant information to close their ears and eyes to you."

That being said, I'm going to make a distinct effort to limit my use of expletives to only when they are truly necessary. Mark my flippin' words. 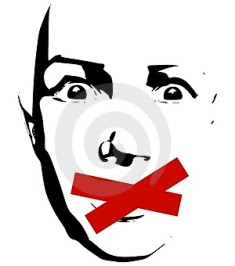