So, having too much time on my hands and possibly some bizarre form of narcissism, one of the things I like to do is make cartoon avatars of myself.  If I stumble across a cartoon generator, I have to make a version of myself.  I just have to.

And since I am somewhat of a chameleon, changing looks fairly often, I sometimes have to update them.  But some examples: 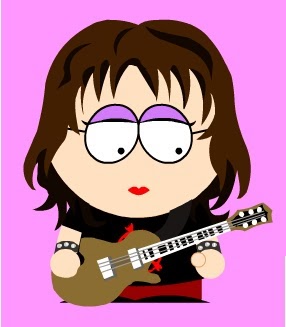 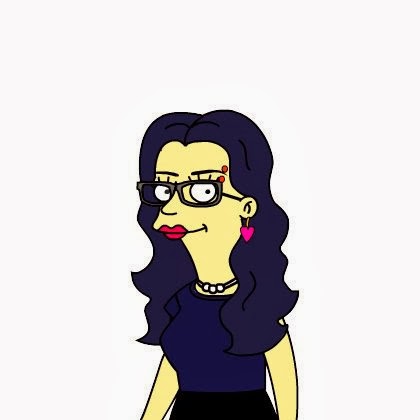 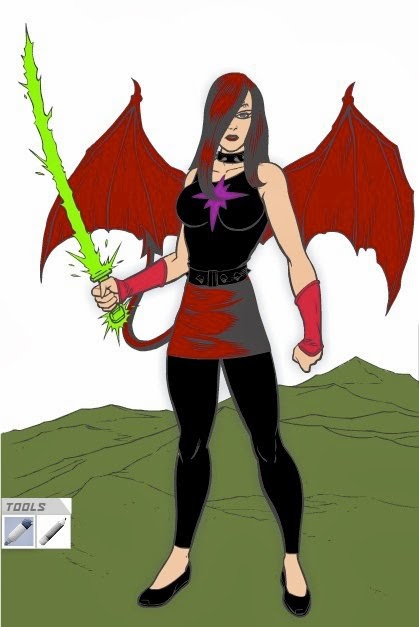 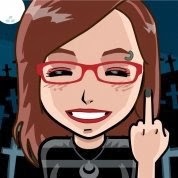 Sadly, there's more where that came from.  I'm not sure why the need to cartoonize myself.  Maybe it's because I see myself as vaguely cartoonish to begin with. Maybe, like I said previously, it's some bizarre manifestation of a narcissistic personality disorder.  More than likely, I'm just bored and spend too much time on the intertubes.

What I've found that irks me somewhat is that, with the exception of the Simpsons generator and the South Park generator, it's very difficult to find my body type represented in these generators, so a certain suspension of disbelief is required.  I'm sure it just comes across that I totally see myself as some skinny broad but no, truth is, the cartoon generators don't give me much choice but to be some skinny broad.  The Simpsons generator, if I recall, did allow for a choice of two female body types.. a slim build, and a slightly thicker build (as shown in my own av above).  The South Park generator is the only one (that does a full-body av) that I found that doesn't default to a slim female body, mainly because it defaults to the short, dumpy form that everyone in South Park Colorado is blessed with.

Being recently shorn, I found it less difficult to find my hairstyle represented as well.. Most generators have a wide assortment of long hairstyles for female-presented characters, but not so much for the short styles.

I'm also perturbed that one generator, called Rebel Girl, didn't have an option for glasses.

Anyway, that's a few observations I found.  In all honesty, I'm sure a book could be written on the ways some of these sites, like girlsgogames.com and dressup247.com enforce a whole whack of gender and heteronormative crap onto the young, web-savvy preteen girls which seems to be their market.  Likewise, generators like the Marvel Make-Your-Own Superhero enforce their own ideals on boys and girls (when you choose your initial character shape, you have three choices.. a huge muscly dude, a grotesquely huge and muscly dude or a slim, large-breasted woman).

It'd be kind of awesome to see avatar generators that are capable of incorporating a wide array of body types, shapes, colours, hair types and less gender-normative options as well.  Does anyone have any examples of good sites like that?
Posted by Andrea L. Cole at 11:09 PM

Email ThisBlogThis!Share to TwitterShare to FacebookShare to Pinterest
Labels: Clearly I think too much, gender identity, grievances, I make my own fun, the intertubes, women